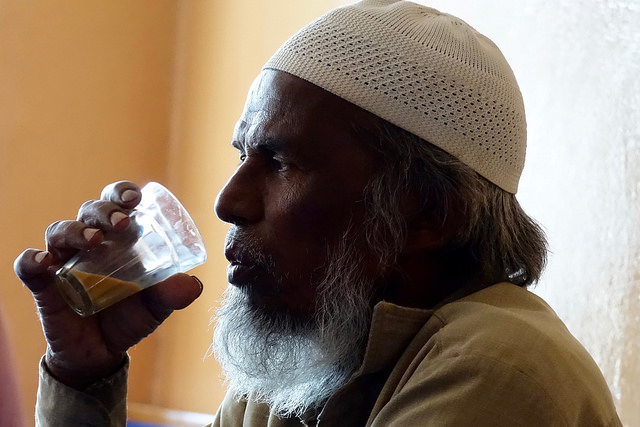 Like a Russian salad or Russisches Brot, which are served everywhere except for Russia, Irani chai has very little to do with Iran, if at all. It is known to be one of the specialties of Hyderabad and if you happened to travel to this city, do not miss a chance to try it, especially with a Karachi Bakery fruit biscuit on the side (which is another specialty to die for).

Irani chai was introduced by Persians and soon evolved in the whole culture of Irani Cafes, which traveled all the way from Mumbai to Hyderabad. They say that originally Irani chai was nothing else but a cup of a very strong black tea, but soon it transformed into something closer to an Indian taste, with added milk and sugar. The main distinction from other types of teas served in India is a type of tea powder used, a special sweetness and that before tea is poured into the cup of milk for serving, water and milk are boiled separately on a low flame. Irani chai is never cooked for small groups of people and trying it at home might be a mission impossible!

You can see the modern culture of Irani chai and cafes beautifully narrated in a video below:

This article has originally appeared on happilyglobalized.com.