How Raw Cane Sugar Is Made (Jaggery / Gurr / Panela) 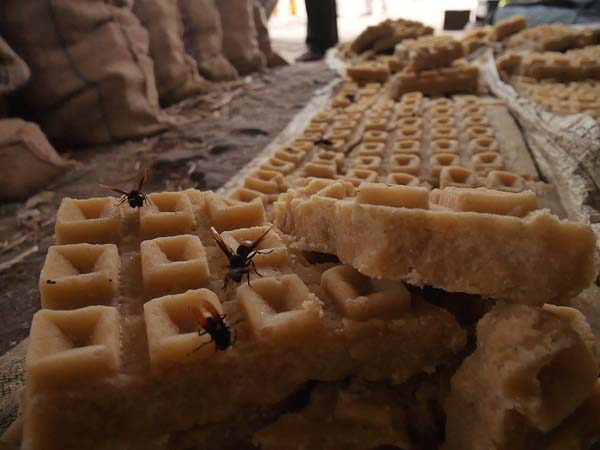 Before people learned how to extract sugar from beets and how to process it chemically, sugar cane was the only source of natural sweetener, the popularity of which grew rapidly around the world once it was discovered. The art of extracting its sweet juice and moulding it into different shapes using only mechanical tools was perfected centuries ago.

The plant originates from Southeast Asia. The earliest evidence of sugar production comes from ancient Sanskrit and Pali texts, and centuries later it was brought to Africa and the Caribbean.

If you were born in a country which is blessed with sugar cane fields, you might be well familiar with the products like “Jaggery” and “Panela”, which are nothing else but raw sugar. It has a distinctive taste and can be found in many drinks and sweets. To produce it the juice from sugar cane is boiled, thickened and then moulded into different shapes before it is delivered to the end consumer. In most countries where sugar cane has traditionally been cultivated for the past hundreds of years, traditional methods of sugar production still exist and are widely used.

We were lucky to witness and document a process of raw sugar (jaggery) production in a small village in Karnataka, South of India. Here is how jaggery is being produced till today – a traditional product that unfortunately rarely makes it to the supermarkets outside India :

First, the juice is extracted from sugar cane 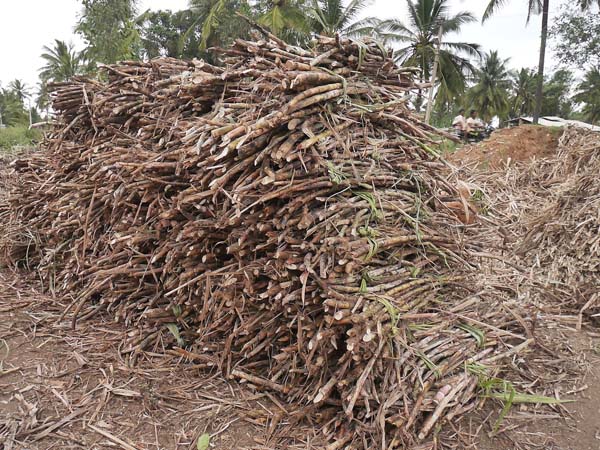 The juice is then boiled over earthen ovens 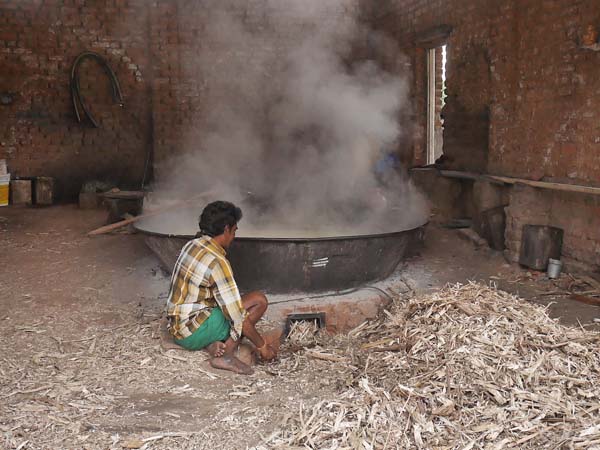 Whatever remains after juice extraction is used as fuel, therefore creating zero waste and keeping the fuel costs down 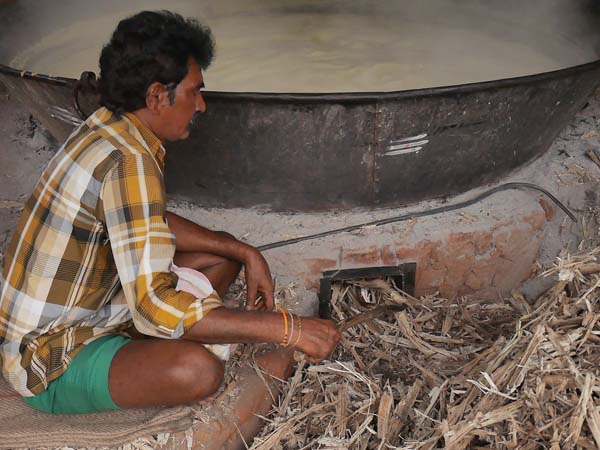 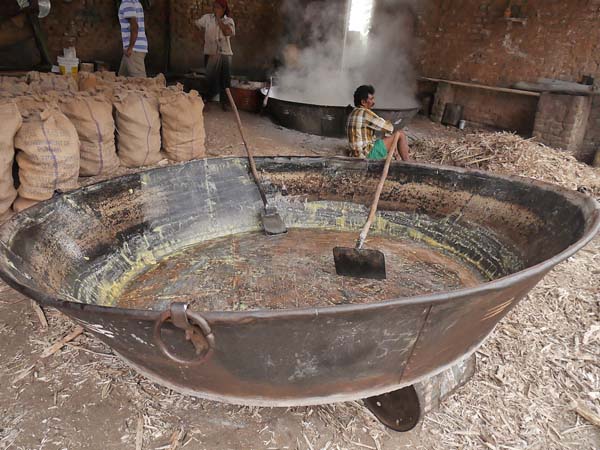 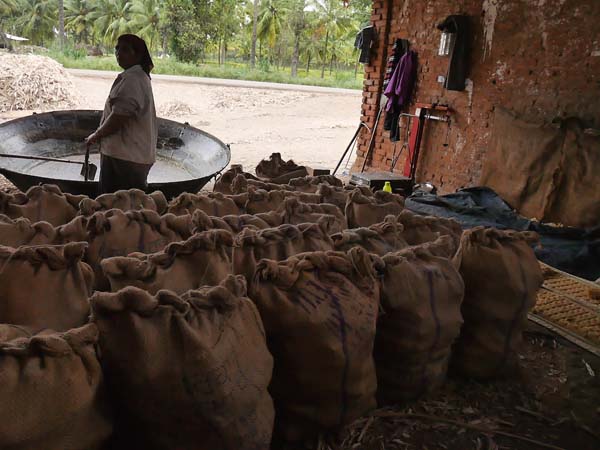 After the right amount of boiling the juice turns into a thick brown paste, which is then spread on large plates to cool down 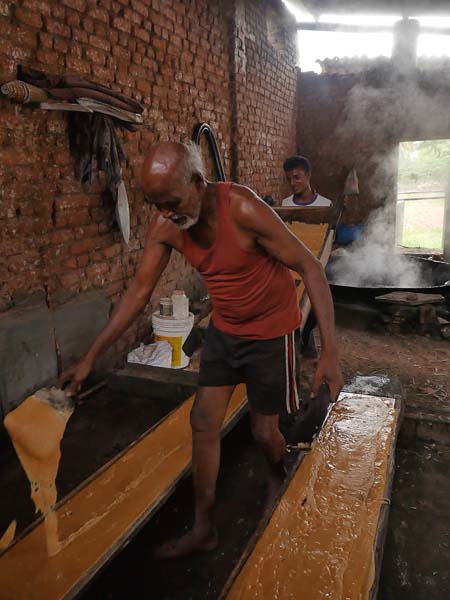 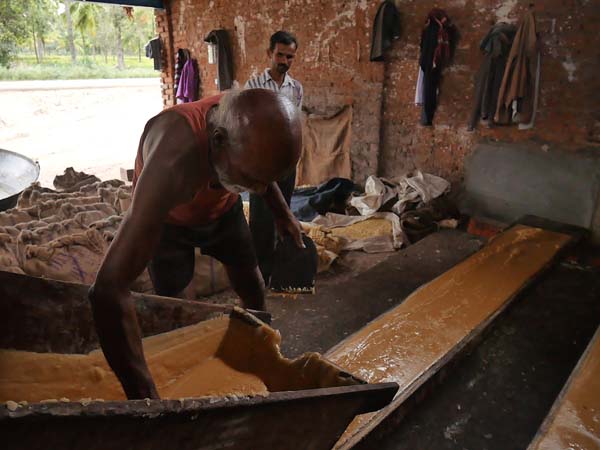 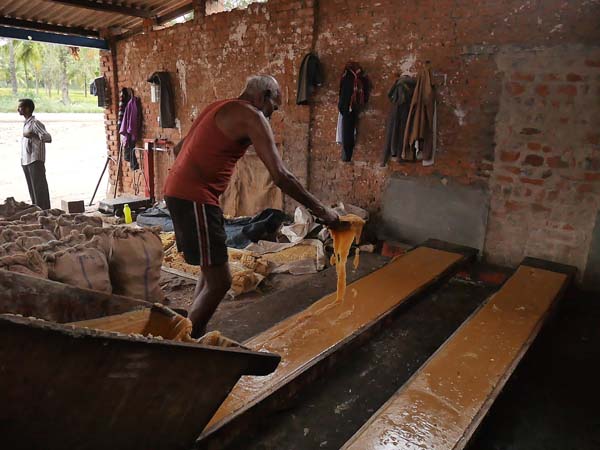 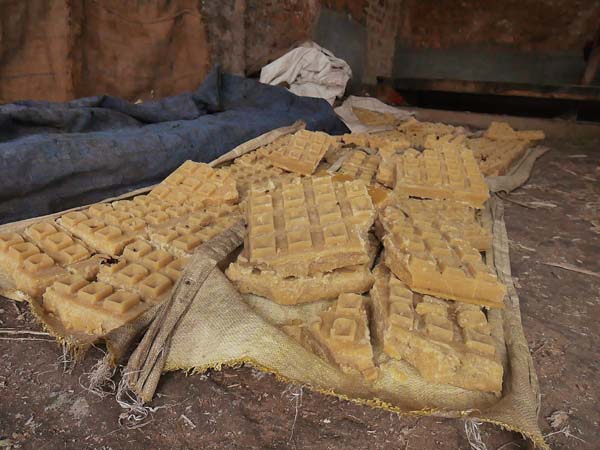 Jaggery is packed and ready to go! 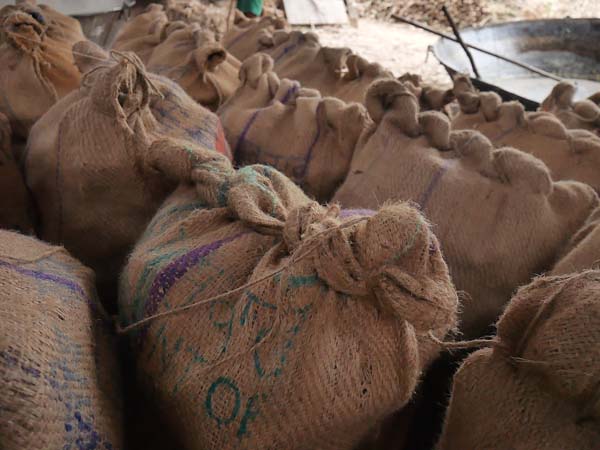 A full view of the sugar factory 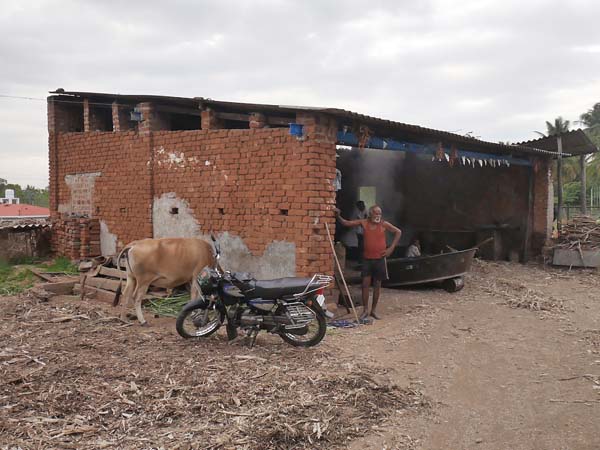 Interestingly, if you take a look at the production of panela in Colombia, for example, there is little difference in the process: