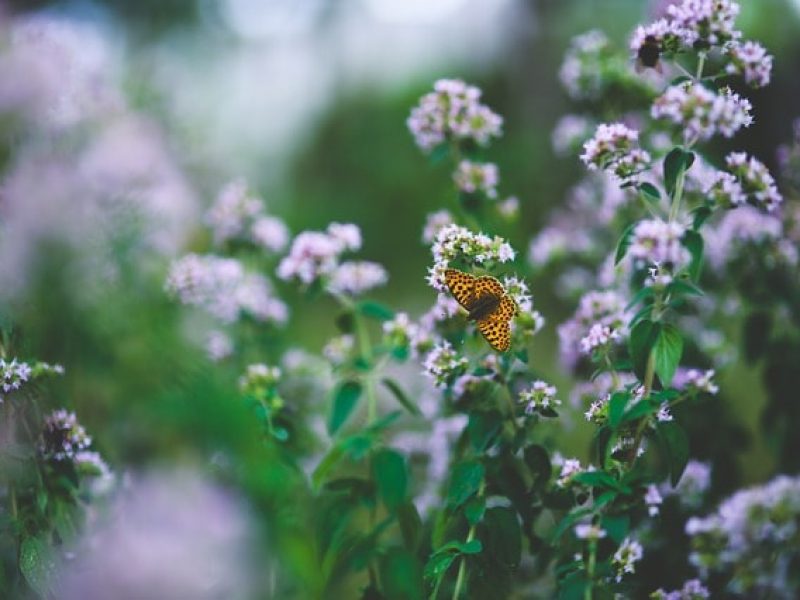 Every single country in southern Europe has its own signature set of herbs and spices. Only real culinary masters still apply the knowledge of single herbs and food matching, whereas most home kitchens use ready herbs mixes to bring the desired aromas of the Mediterranean cuisine.

French cuisine is no exception. Its herb mixes vary significantly by region, according to the available plants: they may or may not include stalk celery, leek, savory, purple sage, and rosemary or orange zest.

One of the most known herbs mixes is called “bouquet garni” – a composition made of aromatic herbs, tightly bound together or wrapped in a muslin, so that it can be easily taken out of the pot when a dish is ready. Usually bouquet garni includes 2-3 parsley stalks (but no leaves, as they are too tender and might make the broth look muddy), thyme and 2-3 bay leaves.

A few centuries back, a predecessor of bouquet garni was called “paquet”, which was described by a famous French chef Pierre de Lune i one of his essays: “A piece of lard (for modest days), cut leek, thyme, clove, chervil, parsley”.

Another popular French herb mix is called “fines herbes” – a combination of finely chopped fresh herbs. It is widely used in sauces, cottage cheese, omelette, as well as dishes with meat and vegetables.

Mostly, “fines herbes” includes parsley, chervil, tarragon, nebuka and cut leek. Many chefs also include celery stalks, fennel stalks, basil, rosemary, thyme and bay leaf, however these herbs are more commonly used separately or as a part of bouquet garni. The mixture of “fines herbes” can also be made with dry herbs, but in this case a big part of the aroma intensity is lost.  The proportions might vary, and it is usually added at the end of the cooking process and is not taken out of the dish before serving, unlike bouquet garni. Adding fines herbes on the top of omelette, asparagus or goat cheese can make a simple dish a highlight of any meal. 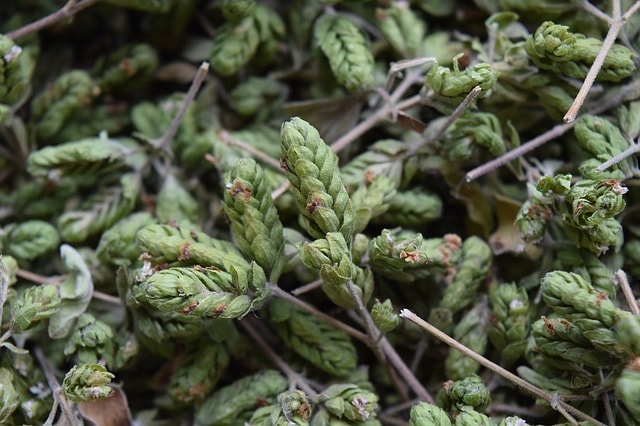 “Herbes de Provence” are considered to be the youngest member of the herbs mixes family in France. This term has only been used since 1970s and it usually refers to the mix of typical herbs of Provence, which can be fresh or dry. Nowadays however the composition does not always include herbs grown in Provence exclusively, and can consist of thyme, marjoram, oregano, rosemary, basil, chervil, tarragon, lovage, savory, sage, bay leaf and fennel. When you find Herbes de Provence outside of France, it might also include lavender, but lavender is never included in the original version.

In old times the herbs were never cultivated and were picked by hand in the wild. Nowadays they are widely cultivated by large producers as well as small family farms all over the country, but the largest amount of herbs sold in France itself surprisingly comes from abroad. Bay leaf is imported from Turkey, marjoram from Egypt, thyme from Morocco, rosemary from Spain; other herbs are imported form Poland, Albania and China. In other words, if you see a tagline “Herbes de Provence” there is no guarantee that the mix was produced in France.

Herbes de Provence are widely used for grilled meat and vegetables, fish, sauces, pasta, tomato-based recipes, soups, pie fillings, salad dressings … there is no end to their application! But if you are looking for the most classic recipe – take a look at ratatouille, a vegetable sauté made with young zucchini, aubergines and tomatoes.

Herbes de Provence became so famous worldwide, that it is easy to find them not only in the supermarkets and regular food markets, but even in the souvenir shops and airports, packed in elegant glass jars and ceramic vessels. The fact that they can be preserved for months makes them indeed a perfect travel companion, and of course a kitchen must-have. If you happen to travel in the region – don’t miss the chance to take a pack of Herbes de Provence home, and it will instantly bring the smells and tastes, and with them the memories of Cote d’-Azur to your house.

Just remember, every mixture will  never be the same. Many French chefs create them for their kitchens personally, according to their own taste preferences, and the most dedicated culinary masters even pick them in the wild themselves. Some of the chefs refuse to use the pre-made mixtures at all, explaining that “even their Grandma never mixed everything together and knew which herb goes with what”. If someone has mastered the art of food and herbs matching, nothing can convince her to switch to ready-made mixtures. The real masters know, that rosemary goes best with lamb, juniper berries with game, sage with pork and potato, fennel with fish, thyme with rabbit, tarragon with chicken and basil with tomatoes ….

This guest post was contributed by Natur Produkt (“Натур Продукт”), the first Russian media project a natural, environmentally friendly life style. It shares knowledge about how to make our lives and surroundings better. The original text of the article (in Russian) can be seen here.

Want to know how healthy you are eating? Find out in our HEALTHY EATING QUIZ