Travelling Serbia through its Cuisine and History: Food Tours in Belgrade 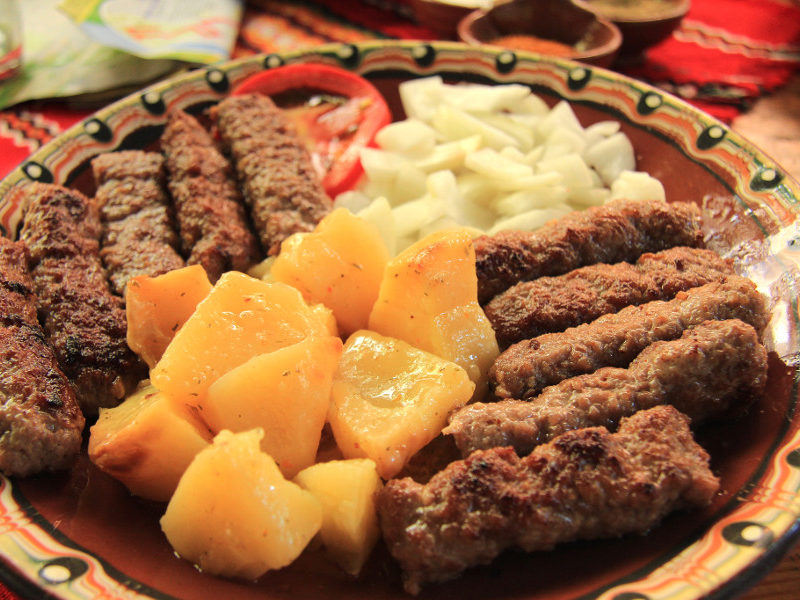 Can a story of a place be told through food? May be at first it sound strange, food however is one of the most important elements of cultures. Local cuisines can tell more than any other medium about the region it comes from and its people, as well as reflect its social and economic changes. Learning about a cuisine of a country or even a certain historical period can be the best way to understand it and experience it to its fullest.

We met with Serbian food and travel expert Vladimir Gurbaj to learn more about local gastronomy and its place in Serbian culture and even history. 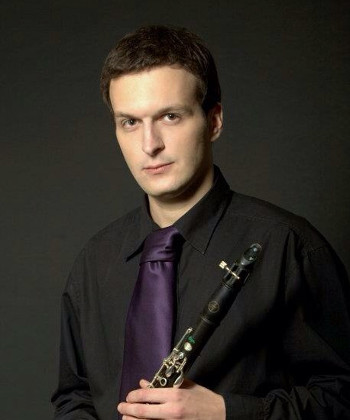 – Serbian cuisine is rather unknown abroad yet. What makes it special and why one should try it?

One of the main reasons for me doing my job – organizing cooking classes and food tours in Belgrade – is our food being so interesting yet still unknown and less recognizable on the world’s dinning table.

Serbian traditional cuisine contains a myriad of tastes and smells, much owing to the mixture of influences of various peoples who were just passing through or were living in this region. As is the case with the culture in general, this fusion of different influences resulted in originality, so that today a rich Serbian table offers unforgettable tastes that can only be enjoyed in Serbia!

– Serbia and the entire region has a fascinating and complicated history. How did it get reflected in the cuisine of the country?

Serbian cuisine can be roughly described as a mixture of Mediterranean, Turkish and Austro-Hungarian cuisine.

Our food is characterized not only of elements from Serbia, but of elements from the former-Yugoslavia as a whole. Peasantry has greatly influenced the cooking process. Due to numerous influences, Serbian cuisine has gathered elements from different cooking styles across the Middle East and Europe to develop its own hearty kitchen with an intricate balance of rich meats, cheese, fresh pastries and desserts.

– You have recently launched a fascinating Food Tour “Eat like Tito”. How do you manage to combine food and history? Can food really tell you stories?

You bet it can! Tito, dazzling scenery, great food, wine, digestive and a cigar for the end- a powerful, gorgeous, irresistible combination. We’ll take you to a journey to discover Tito’s favorite recipes and eats which he shared with international dignitaries including Britain’s Queen Elizabeth II, the Kennedys, Elisabeth Taylor, Richard Burton… Every meal went straight into history!

The story and the recipe of Karadjordje’s Steak is the key part of this experience. The “pre-cooking” experience includes some exclusive parts of Tito’s legacy interpreted by an art historian and stories from the people who cooked for him… 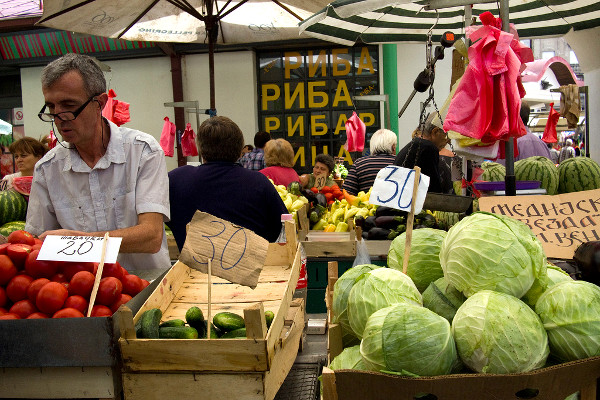 – Your tours are really unique! But how was your passion for cooking classes and food tours born?

My passion for cooking actually begins in my childhood with my granny who was a great home cook. She taught me how to make one of my specialties- plum dumplings.

Then, a couple of years ago, when I was traveling around Southeast Asia, I applied for a cooking class in Bangkok for the whole week, as I always adored Asian food, especially Thai. The experience was so interesting and addictive that I instantly got an idea to try initiate something similar in my hometown…

And that’s how the cooking experience was born! Of course, it took a lot of effort, work, patience and thinking… and a lot of support from family and friends.

– How do you plan a new food tour or a cooking class? What do you want to show or tell your guests first of all?

We want to infiltrate our guests into out food and social culture. We want them to get to know Serbian cuisine and tradition. Food preparation is a special part of the Serbian tradition and culture. In Serbian villages the kitchen was called “kuća” (house), while the center part of it- “ognjište”, was the hearth, which presented an important, cult place, next to which everyday-life took place and where the whole family gathered. 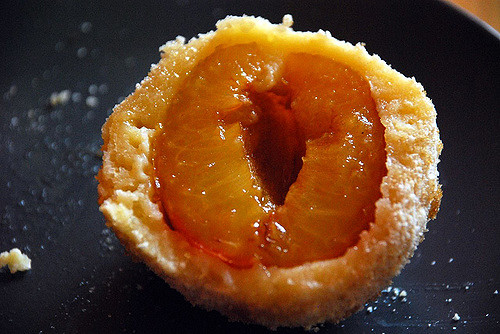 – Which food or drink is an absolute must-try in Serbia? What do you recommend to your guests?

Prebranac, kajmak, ajvar, čvarci, ćevapčići, rakija… For many of the Serbian national food specialties there isn’t a right word in the foreign language dictionaries, nor is there a taste they can be compared to. Therefore it is best that you come and taste them yourself! Or roll up your sleeves and learn to cook them with us!

An absolute must is a visit to a local old-style tavern, called “kafana”. Kafana is a term used in the former Yugoslav countries for a distinct type of local bistro which primarily serves alcoholic beverages and coffee, often also light snacks as well as other. Most kafanas feature live music performances. This is the place where locals are gathering to eat, drink and share their stories… This is what we always recommend to our guests. 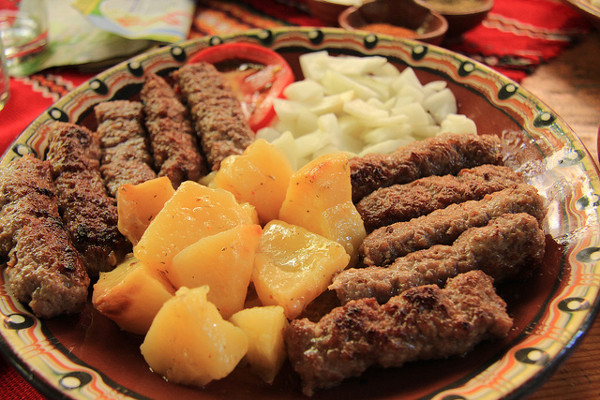 – Is food an important social affair in Serbia? Can you share some interesting Serbian tradition related to food?

Indeed! For example we have “Easter egg fight”. The rule of the game is simple. Each person grabs an egg and takes turns hitting the ends of each other’s eggs. The person whose end doesn’t crack wins the game. These eggs have a lot of symbolism. The red color symbolizes the blood Christ shed for our sins on the cross. When the egg is cracked and the insides are revealed, this symbolizes His resurrection.

The tradition is an important ethnic marker of Serb identity. Serbs usually regard “Slava” as their most significant and most solemn feast day. Slava is a Serbian Orthodox Christian tradition of the ritual glorification of one’s family’s patron saint. The family celebrates the Slava annually on the saint’s feast day.

Almost any other social or family affair is centered around food. We sit at the table, we eat, we talk, we enjoy, we share… And we raise many toasts. Živeli! Prijatno! 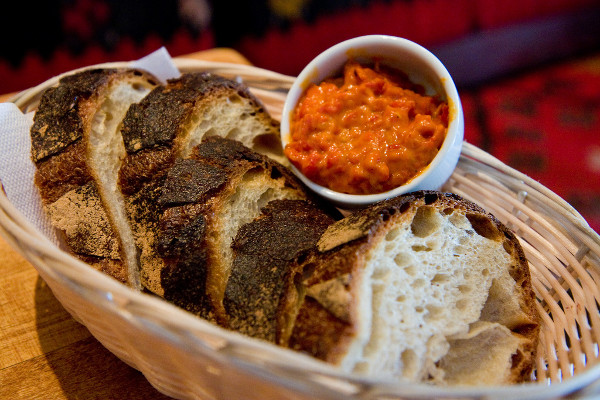 About Serbia: Serbia, the country located in the centre of the Balkan Peninsula, in southeastern Europe, is one of the new tourist destinations, that becomes more and more popular every year. There are several reasons for it. Serbia has connected West with East for centuries – a land in which civilisations, cultures, faiths, climates and landscapes meet and mingle. The cultural and historical heritage of this country is rich with prehistoric archaeological sites and its legacy from classical antiquity and of course with famous mediaeval churches and monasteries, some of which are included on the UNESCO World Heritage list.

Serbia has a nice climate, close to Mediterranean, and has a lot of beautiful mountains, national parks, rivers and lakes, which are the perfect location for an active outdoor holiday – from hunting and fishing to extreme sports. And the last but not least tourist attraction is Serbian food – a unique mix of oriental, central European and local Balkan cuisines, it offers a great variety of unusual meals and interesting food traditions.