What vegan ice cream is made of, and is it really healthy? 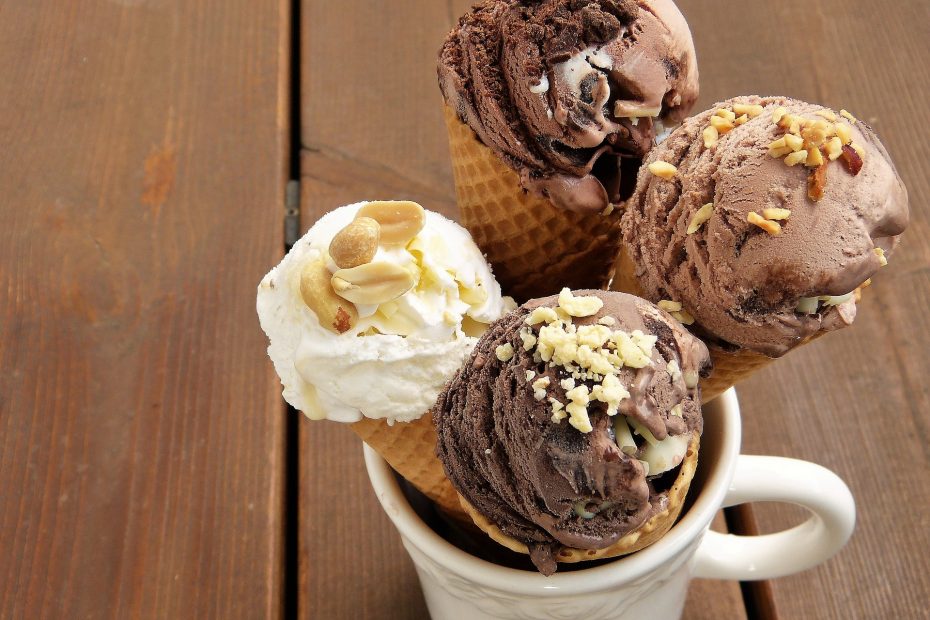 Can Ice cream be made without dairy cream, and be healthy at the same time? Yes, it’s absolutely possible, and a growing variety of vegan ice creams in the market confirms it. But what exactly those plant-based ice cream are made of?

Ice cream is known as a creamy frozen treat, and many of us could not imagine hot summer months without it, especially thanks to our childhood memories. In old times, each region, even each town used to have ice cream vendors of their own, who were inventive with flavours, making use of local ingredients.

Before we dive into details of how modern manufacturers replace dairy in their products, let me tell you that there have always been frozen dessert varieties without any animal products. For example, famous sorbets, made from sweetened water, with the addition of fruit juice. The most famous flavours are on a tangy side, and include lemon, grapefruit or a mix of berries.

Or take a look at Sicilian granita, which reminds of shaved ice, but comes in unusual nutty flavours like almond and pistachio. Or think of paletas, traditional Mexican ice creams. While some of them are indeed made with milk, many artisan producers offer flavours that are mostly made just from fruit. Paletas are traditionally made with a natural sweetener (jaggery, raw thickened sugar cane juice), and the only extra flavour you might find there is a dash of red chill pepper.

Fruity popsicles and sorbets, of course, can satisfy our craving for a refreshing sweet, but can’t really match those traditional creamy sweet ice creams, that we know from our childhood. Following the trend of plant-based and vegan diet popularity, many manufacturers started developing their own formula for a perfect vegan ice cream – let’s take a look what they are made of!

First of all, keep in mind that not all ice creams with a tag “vegan” are healthy. When you buy them, take a very close look at the ingredients, to make sure that there are no preservatives and artificial flavour enhancers. Also, pay attention to the type of sweeteners that are used in the ice cream and try to avoid all types of processed sugars, corn syrup etc.  As a rule of thumb, if you know all the ingredients and all of them are coming from whole foods (i.e. not processed), then you can enjoy it without major health concerns.

You can also make many of the vegan ice creams at home, easily, and then you will be in full control of what’s inside. If you want to replicate the store bought ice cream 100%, however, you will need an ice cream machine  (if you are ready to make the investment, take a look at our list of the best ice cream machines here).

Here is the list of the most basic ingredients that you will find in the healthier store-bought vegan ice creams:

If you’ve been into vegan desserts for a while, you might know that cashew nut is one of the most common bases used for the creamy vegan desserts. Soaked and processed cashews really resemble a creamy, dairy-like consistency, and make a great base for all the traditional treats, that would normally call for heavy cream or even cheese (like vegan cheese cakes etc.). The drawback of heavy cashew nut use is that it makes the ice cream quite expensive. Besides, we tend to eat too many nuts, that are very hard to digest, in their processed and sweetened form. Besides, some people might be allergic to nuts. In other words, even though it tastes amazing and has no dairy, it might not be the very best option for regular consumption.

One of the main features of many vegan recipes, both at home and in the commercial food production, is when dairy milk is simply replaced by plant-based milk. Coconut milk here is the top choice, because it simply has a lot of fat, and hence can get really close to the original ice cream flavour. Of course, if coconut milk is used as the main ingredient of the ice cream, the coconut flavour will be very dominant and it puts certain limitations on the way the ice cream can be flavoured by the manufacturers. For that reason in coconut milk-based ice creams usually a lot of other ingredients are used, to mask the flavour, though it’s difficult to hide it completely. We found that the best way to “mask” the coconut flavour, if needed, is the use of spices, and we touch upon it in our vegan ice cream masterclass.

Soy is used in all possible vegan products. It’s used as a replacement for milk, cheese, meat, cold meats substitutes etc. There is no surprise that you find soy or its by-products not just in vegan sausages, but also in ice creams. While it can be used wonderfully as a base, it’s often used just as an additional ingredient.

Soy is a rather controversial product, and a lot of experts call to limit its consumption as much as possible. At the same time, many Asian countries, including Japan and Indonesia, have been traditionally consuming soy products (mostly fermented) without negative health outcomes. When it comes to soy, it’s very important to know where and how it was produced, and make sure that it’s an organic and non-GMO product. And of course, as in case with most other foods, that raise health concerns, moderation is key!

Among the ingredients of vegan ice creams you will often see cocoa butter and coconut oil, and their content can be quite high. Both are being added to slow down the melting process, and of course to add some fat, in order to mimic the full fat dairy ice cream as closely as possible.  Cocoa butter is mostly added to more expensive brands, as it’s quite an expensive ingredient on its own, but taste-wise it does make the texture of the product richer and creamier. Coconut oil was recently making headlines in the media (again) for not being as healthy as it was believed to be. You can read about both benefits and risks of coconut oil here and decide if it’s the ingredient you are happy about. From our side, again, we will mention what we think is the most important: moderation is key. And remember that many traditional societies have been thriving on coconut oil for centuries, given it’s grown and produced, as well as consumed correctly.

People who lead a full sugar-free lifestyle might argue that all types of sugars and sweets are unhealthy. Why it’s not incorrect, it should not be taken to the extreme: as long as the sweeteners are natural, and are not eaten in excessive quantity, there is nothing wrong with having them in your diet . So, look for natural sweeteners (and this is what health-oriented brands usually use), like coconut sugar and syrup, raw cane sugar, stevia. As I’ve mentioned at the beginning of the article, if you are looking not just for a vegan ice cream, but for a healthy vegan ice cream, a type of sweetener used is one of the main things to pay attention to.

Agave syrup is a very common ingredient, but this is something you might want to be careful with – we are talking in detail about all types of sweeteners, and why things like agave syrup are unhealthy in our Healthy Desserts Course.

In traditional ice cream production milk powder is often used to give a better texture to the ice cream. You will also see different types of thickeners in vegan ice creams. Usually, it’s different types of flours, which should not be a big problem unless you have particular food intolerances and allergies.

If you buy an all-natural vegan ice cream, you will never have a question about the type and the quality of the flavours that were added. What’s all-natural is easy to understand: those kind of brands will have on their list of ingredients things like fresh fruits and berries, raw cocoa powder, pure vanilla etc. They will never have anything starting with “artificial”,  or written in numbers and letters instead of words. This is as easy, when choosing a healthy product: just make sure that you don’t need to google any ingredient that you see on the box!

Of course, the only way to have full control over what your vegan ice cream is made of, is to make the ice cream yourself, and to be frank, it’s quite simple too. We have a detailed step-by-step video guide for making simple vegan ice creams without an ice cream maker. Making it yourself will allow you to create your favourite  flavors, eat it at any time you want, and save a lot of money on expensive vegan brands.