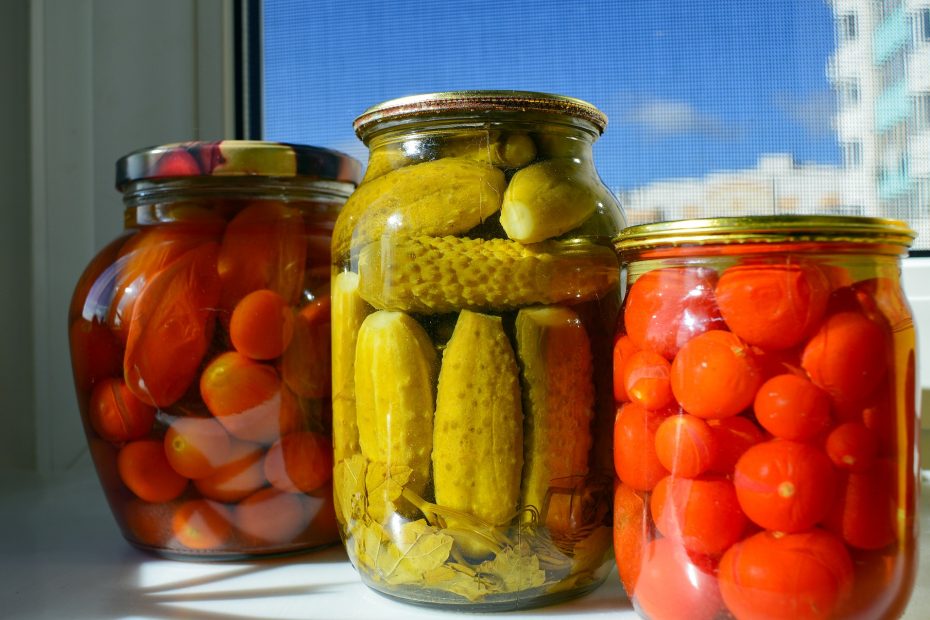 Fermented foods have been around for centuries. In fact, fermentation is what allowed foods to last longer when there was no refrigeration available. Unless you lived in ice-bound areas, food would rot quickly and go to waste.

To combat this problem, fermentation was introduced. Sauerkraut finds its origins in Ancient Rome, Kefir, which is a type of yoghurt drink, in India, and Kimchi in East Asian countries such as China.

In the Middle East, people have enjoyed delicacies such as cheese, buttermilk, brined olives, and yoghurt for thousands of years. But what is fermentation? What is the process of fermentation? And can it be non-halal food? In this article, we’re going to be looking at all of these topics in-depth.

Fermentation is the process of breaking down the plant or animal food sources and turning them into another form of edible food. This is done by the bacteria called lactobacillus, which is present in sugars. This process of transformation using the lactobacillus bacteria is known as lacto-fermentation.

During this process, the bacteria has all that it needs to begin the fermentation process, and simply putting the fruit or vegetable in a saltwater brine with spices will do the job. This takes longer than commercial fermentation but does produce more flavour and is more healthy.

Commercial fermentation, on the other hand, is done using starter cultures, and different techniques are used to speed up the process. It’s applied in commercial production of such foods like sourdough bread, cheese, yoghurt, etc.

What Are The Benefits of Fermented Food?

Fermented foods have various health benefits. It aids in digestion since fermentation breaks down food and makes the digestive process smoother. This also leads to better absorption of nutrients and the fermentation process makes otherwise distasteful food taste better.

Apart from this, fermented foods contain millions of microorganisms that are very useful for the body, especially the intestinal tract. They are often referred to as good gut bacteria.

According to Saeed A. Hayek, PhD, Islamic Food and Nutrition Council of America food scientist, fermented foods carry large amounts of symbiotics (pre- and probiotics), which helps the gut flora immensely and help to keep the body healthy.

A large portion of the immune system exists in the gut region of our body, and consuming food that is rich in pre- and probiotics help make the immune system stronger by supporting the mucosa or the gut lining of the intestines.

A weak immune system allows disease-carrying bacteria to grow and cause inflammation in the gut wall. Probiotics are especially recommended if you’ve just gone through a course of antibiotics since the medicines often weaken your immune system.

The gut, technically called the enteric nervous system, can also influence our feelings and emotions and our mood in general. Serotonin is produced in the gut region and research suggests that probiotic bacteria could also help make your mind healthier.

According to Hayek, the ethanol produced by the fermentation process is not enough for the food item to be prohibited in Islam or be declared not halal. Examples of this would be foods lie yogurt and pickles which, while fermented, create only trace amounts of ethanol and are hence permitted in Islam.

Additionally, says Hayek, enzymes and filler aids that are added to food items may also come from animals.

Fermentation cultures are microorganisms used in the fermentation process and these cultures are activated prior to their use in the making of the food item. This is important because the cultures may contain non-halal items that are sourced from animals.

Fermented foods contain millions of bacteria and some of the microbes used in the fermentation process may produce histamines that could upset the biome of trillions of live bacteria inside of our digestive tract.

Although this isn’t a problem for most people, some people are allergic to histamines, either due to genetics or due to low DAO enzyme levels which are required to break down histamines in the intestines.

Although fermentation does produce trace amounts of ethanol in foods and beverages, the amounts are so little that it does not stop the food from being halal. Let’s take kombucha as an example. Kombucha is a drink made from fermented tea and it contains less than 1% alcohol content.

Much of the alcohol produced during the fermentation process is converted into acetic acid or other organic acids by the bacteria in the kombucha, making it a halal drink.

Would you like to learn fermentation? Check out our online fermentation course The Art Of Fermented Foods with Chef Mirna Bamieh

1 thought on “Are Fermented Foods Halal? A Complete Guide”